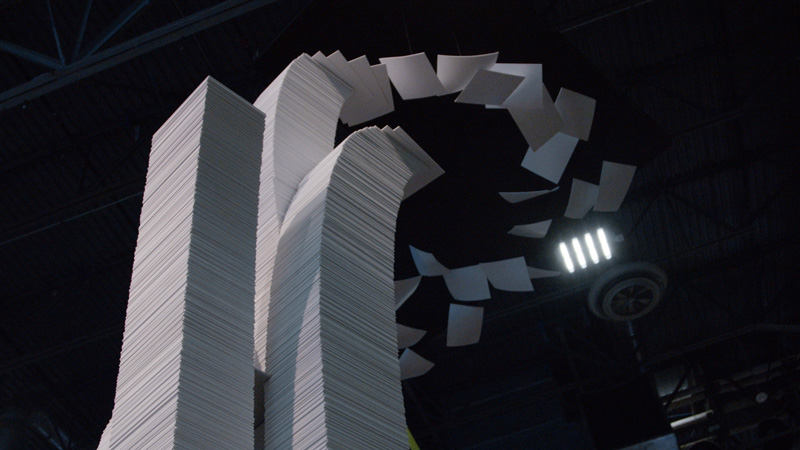 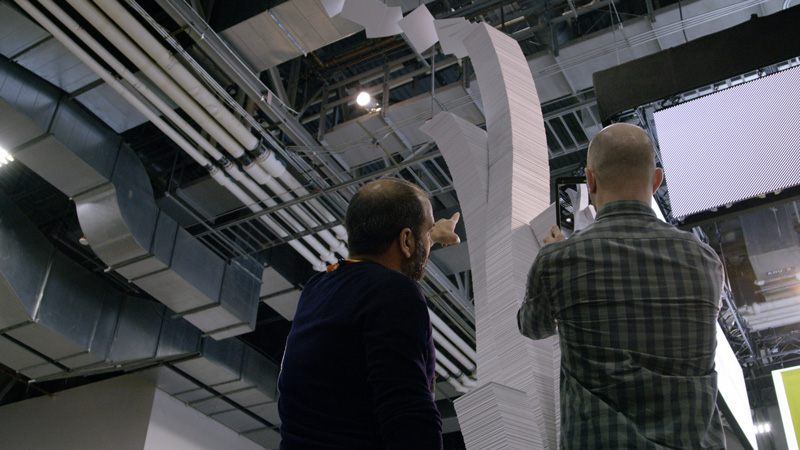 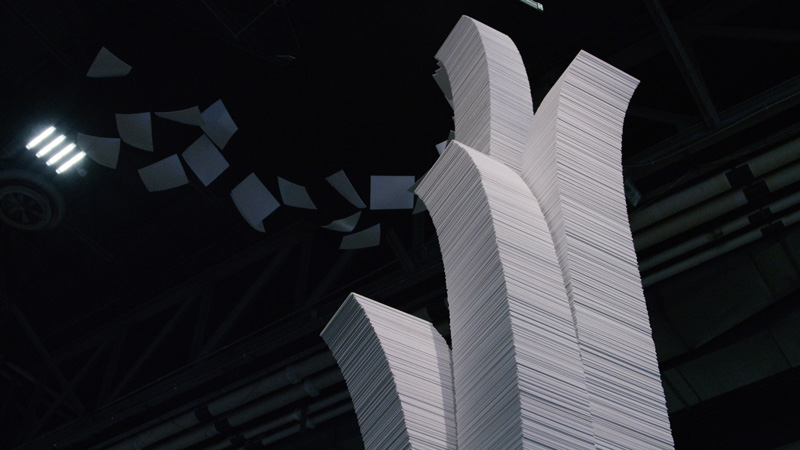 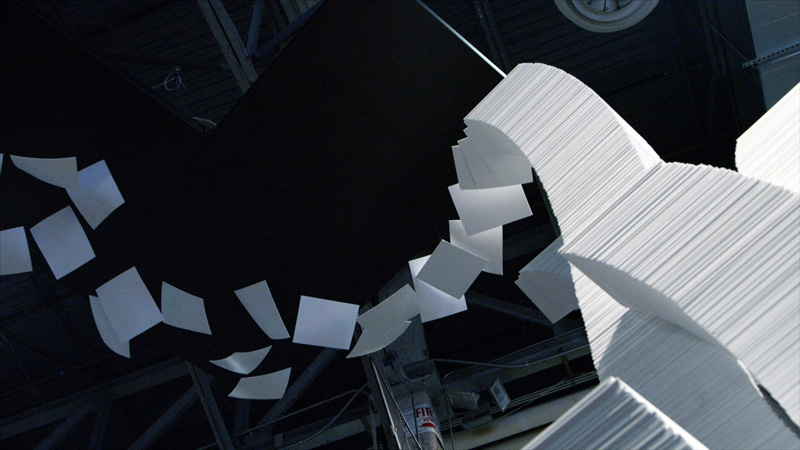 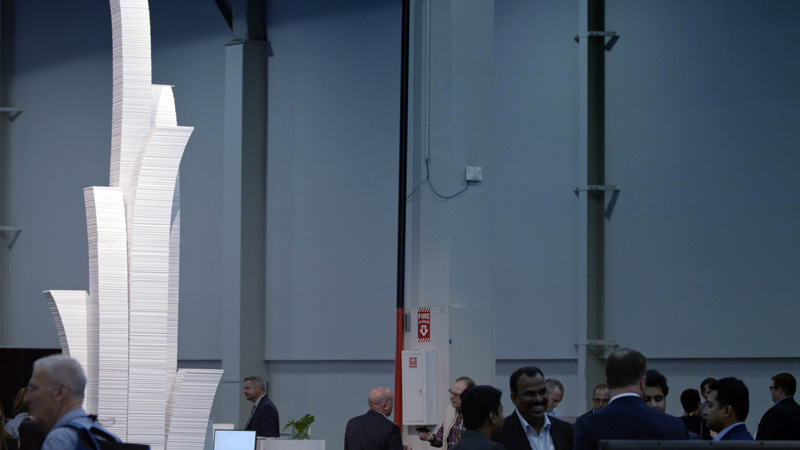 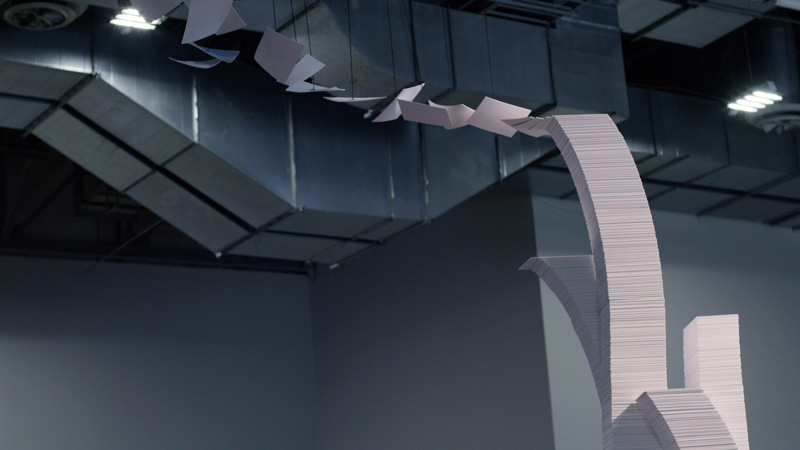 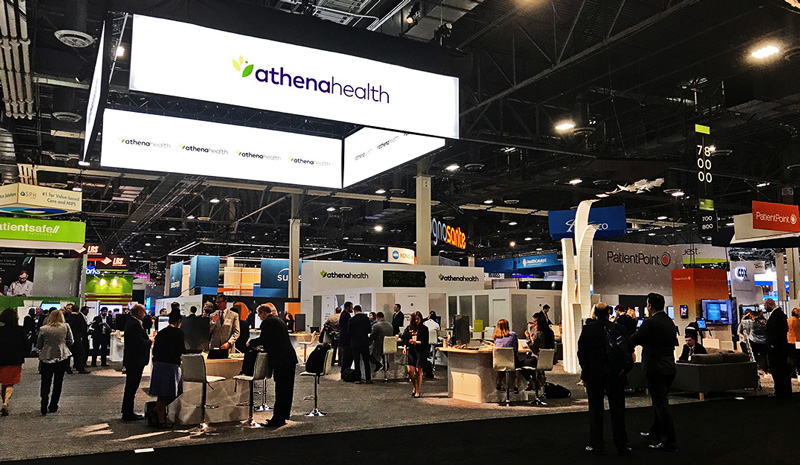 Genuine, a Boston based advertising agency, partnered with Timbur to develop and fabricate a 16’ tall sculptural trade show centerpiece that emulated stacks of paper being blown away for digital medical records company, Athena Health. The sculpture had to be structurally engineered, broken down into parts, shipped to different venues across the country and assembled/installed in under 24 hours at each trade show location. In order to get the jagged edge look of vertically meandering stacks of paper we developed a technique of stack laminating parametrically programmed and machined ⅛” thick sheets of expanded pvc foam. We designed and engineered an internal aluminum armature to structure the 16’ tall stacks and a suspended aluminum panel structure was developed to hang hand formed “fly-away” sheets that gave the illusion of the stacks being blown away in the wind. Although the piece was titled “this isn’t paper” it sure looked like it.

⅛” ePVC foam, parametrically programmed and machined, stack laminated into 57 sections that were assembled in 5 layers on an aluminum plate and tube armature with a suspended aluminum ceiling grid that held 30 hand sculpted fly away sheets